The next few weeks are going to be really strange. Sunny Afternoon has been in the West End for pretty much the entire time I’ve lived in London, so it doesn’t quite feel real that it isn’t going to be there anymore.

It would be bad enough if I just had to go through another cast change – for one thing, I’d have had a month less of this cast (those bonus weeks ended up helping me make up for lost time) and for another, there’s already the touring cast that I’ll be checking out in a few weeks’ time at Dartford…

From worrying that I’d never get used to Sunny 2.0, I quite quickly fell for them (I can even remember the precise date I told Danny that I loved the new cast, as they were then) – and soon couldn’t imagine being without them. Understandably, people are always asking me to compare the two casts, but the beauty of them going for completely different approaches means that I can wholeheartedly say that I love them both equally. Some aspects of the show I preferred under the originals, but others were improved upon by the second cast; it’s not heresy or treachery to say that. I’m sure the original cast would be thrilled to know that the high standards they set were used as a springboard to further improvement. At the end of the day, it’s about the show. I stick by pretty much everything I said after seeing Sunny 2.0 for the first time, as I can now apply it to the class of 2015-16. I love their show and have become fiercely protective of it.

Particularly given that I felt they were never really promoted as much as they could or should have been. Though this led us to take action, in the form of first Team B week, then Cast Member and Understudy of the Month via the fan group. I had some absolutely fantastic post-show experiences courtesy of that ongoing project, particularly interviewing Tom & Olly, and also seeing the actors’ various interpretations of the term ‘mugshot’ for the Instagram page… 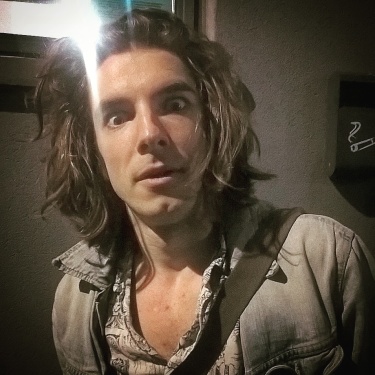 One thing that I’d initially thought would prevent me from seeing this lot so much was my studying – in the end, I simply wasn’t enjoying it anymore and wanted to push on with my writing, so I gave it up. I hate quitting, but I saw this more as prioritising something I love doing. As a result, I had more time for Sunny again! But, of course, I was hit with a different setback: my work contract came to an end before I could find a new job (despite months of attempts), so I had to really tighten up. Luckily I was only unemployed for three weeks, but the part-time job I went into had already passed the payroll deadline by the time I started, so I was all but living on air (& the help of my parents). Frustratingly, this coincided with ATG’s £19.66 deal, so I couldn’t take advantage of that, and I ended up falling well short of 300 shows.

It’s not about the numbers per se; 300 is a nice round number, but I’m more annoyed I didn’t reach it because it would’ve reflected my equal love for both casts more accurately, as well as giving me more chances to see them. But, at least I finally managed a challenge week at the end of September – and did all nine shows in the final week (more than Danny…).

It might sound like an exaggeration or a cliché, but I owe Sunny absolutely everything for the person I am today. What possessed me to write about the show in the first place I couldn’t tell you, but that’s opened up a passion I never knew I had… On top of that, my determination to see the show as much as possible has meant making considerable economies – when I lived in Kilburn I’d often walk the three-and-a-half miles into work, and I’ve lost a huge amount of weight & became fitter because of it. The actors’ projects outside of Sunny have opened up my eyes to things I might not necessarily have seen otherwise, most notably Adam in 946 (a show that quickly became very important to me), as well as Olly’s band (now known as Oliver Hoare and The Late Great), who I can’t wait to hear more from and see perform live. Who could forget the 2015 Oliviers, and the Magic of the Musicals at the Royal Albert Hall this spring? Plus two brilliant West End LIVE sets in 2015 & 2016. I’ve also been influenced by some of their passions, such as rediscovering my interest in jazz and finally giving Bob Dylan a go (much to the joy of my brother, too). My whole life has been enriched & changed for the better.

Talking of changes for the better, I can’t not mention all the wonderful people I’ve met thanks to this show; something I’d never considered possible. Yes, there have been some unnecessarily nasty encounters along the way, but they’ve been far outweighed by all of the positive ones – most obviously my theatre partner in crime Jess (who is attempting to abandon me, but has already made two plans to see shows with me after her move!).

Something that Chris said to us on Saturday night is always going to stay with me: “You’re amazing women!” And you know what, we really are. It may not be very British or modest to say it, but this isn’t the time to hold back. To love something so much is one thing, but to know that support is genuinely appreciated makes any day so much better.

After all that waffling, I want to end by thanking the cast of 2015-16 once more from the bottom of my heart. It really has been a very special time – I’m going to miss you all dearly, but I’m definitely excited to see what you get up to next. I shouldn’t single anyone out, but I’m sure nobody will mind this: Danny, you are one in a million. We couldn’t have asked for a more fitting leading man this year. And, as you’re an Afternooner now, we look forward to seeing you out & about as “one of us”!

Thank you, everyone. The pleasure was all mine.