Follow Mind the blog on WordPress.com
Posted on Apr 12, 2018 by Debbie

A theatrical new year’s resolution that I kept making was to have a night at the opera – I technically achieved that last year, when I saw Pop-Up Opera’s Hansel and Gretel at the Museum of Childhood, and I’ve since also seen the King’s Head production of La Bohème at Trafalgar Studios. However, I still felt like I should have a ‘traditional’ night at the opera, in an opera house – but not necessarily all fancily dressed. Because who needs that after a full day at work?

So I finally managed to secure a ticket for La traviata through Opera Undressed, a scheme run by the English National Opera for productions at the London Coliseum. It’s a great package: the £20 ticket covers a ‘best available’ seat, a pre-show talk, and a free G&T at the aftershow party. Plus there was the little bonus of an ENO branded tote bag upon arrival too! 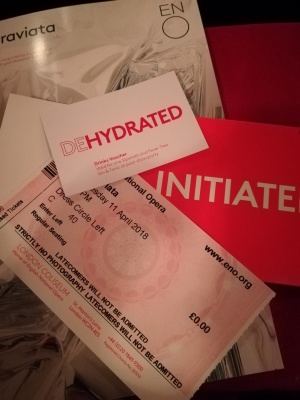 A week before the event, you are sent an email confirming all details for the evening, including an introduction to the opera you will be seeing. This is where you will almost inevitably realise you actually know some of the music, whether it’s a famous aria or just the tune. The next step is heading into the theatre to collect your ticket & tote bag from the special desk. My first tip: make sure you keep your bag out for a while, as staff can quickly recognise that you are indeed supposed to be heading into the pre-show talk (or, later, the aftershow party) without having to query why you’re heading through that door…

I think I must have got it into my head that the pre-show talk was almost like an introductory lecture, akin to what the Globe offers for its summer shows, so being given a very short (probably around 10 minutes) talk from a couple of the Opera Undressed team, and also the translator Martin Fitzpatrick, wasn’t exactly what I was expecting. It was definitely interesting to hear a bit about the process of translating the original librettos though; the ENO always perform in English, so it’s up to the translator to bring a new version to the table for a new production. They did give a bit of a synopsis as well, which I immediately connected with Baz Lurhmann’s Moulin Rouge! – that definitely made it easier to follow the plot, knowing that this film was based on La traviata. 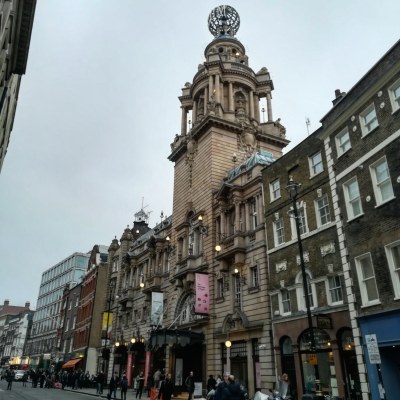 It sounds a bit greedy to say it, but I feel like perhaps the scheme should include a voucher for a programme as well… Having said that, I think it’s one of the better programmes out there as it kept me very well occupied before the opera began and during the two intervals. There are several related articles in there, as well as brief overviews of each act (which I decided to read just prior to seeing that particular act, to keep it fresh in my mind), so it’s well worth getting one and just completely absorbing yourself in the world of the opera you choose to see. Alternatively, I think there are also small cast & creatives leaflets available to pick up for free, though I didn’t manage to grab one myself.

I was sat in the dress circle, which is the first level up, and positioned just off-centre a few rows back – pretty much a perfect view of the stage, and a glimpse of the orchestra pit is there too. Now, I don’t know whether it was where I was sitting, how it was staged, or my expectations, but… It was a lot quieter than I expected. Obviously the great thing about opera is there is no amplification, so the instruments and voices are all put across naturally, but you forget that this can actually be a bit limiting. There were several occasions where a soloist was drowned out by the orchestra, and even when the entire company was singing they occasionally struggled to be heard. And when I could make out their voices, trying to work out what they were singing proved to be quite a task. I actually would prefer it to be performed in the original language (for this opera, Italian) with no surtitles, so I could engage emotionally with the piece. With it being in my native language, I felt like I needed to know what was being said, so was often flicking my eyes up to the captions – but in doing so I lost any emotional connection with the events onstage. Most of you will know, by now, that I’m a crier, but this gave me nothing. 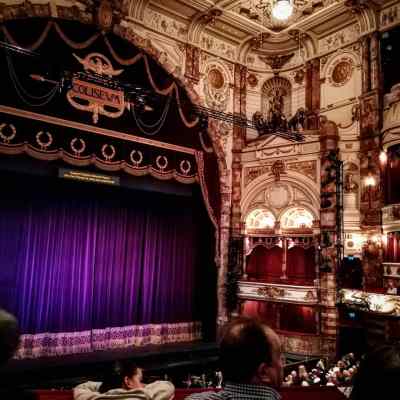 It definitely was thrilling to hear Verdi’s stunning music being performed live, and in its natural habitat, by such accomplished musicians. I’m also glad it was this particular production that I ended up seeing, as I was intrigued to see what Daniel Kramer would come up in his usual environment, after loving his Romeo and Juliet at the Globe last summer. Lizzie Clachan came up with some wonderful designs (as ever – her set from The Beaux’ Stratagem particularly captured my attention), accompanied by fantastic costumes from Esther Bialas. I have to say, it was rather pleasing to see a few Day of the Dead masks pop up in this; as well as being a reminder of Kramer’s Romeo and Juliet, thematically it fits rather well.

Come the end, I was really surprised to only see the named characters come out to take a bow. Given that I’m most used to theatre, it’s actually quite shocking to me that the entire company doesn’t get their moment of applause. Granted, they only get one tiny bit of stage time in the final act, but the same could be said for any play or musical, potentially. It irked me as much as celebrities getting billed higher than their character’s station… 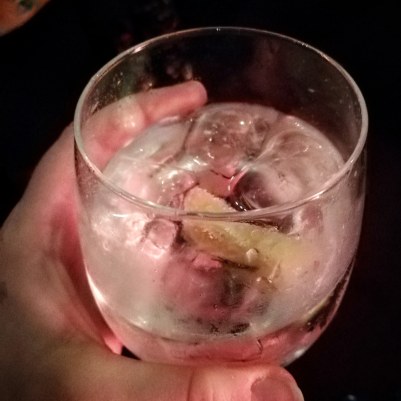 But it’s all a learning curve. If I hadn’t gone for this, I would still be in the dark about what an opera feels like in an actual opera house. I’m definitely keen to go back to the Coliseum and see what a different production is like (another bonus of graduating this scheme is a discount for the rest of the year!), as well as try to see one at the Royal Opera House in Covent Garden and see how that compares. It’s actually made me more keen to take extra advantage of the smaller scale productions like the ones I’ve seen previously, partly for volume & comprehension, but also for ticket value going forward.