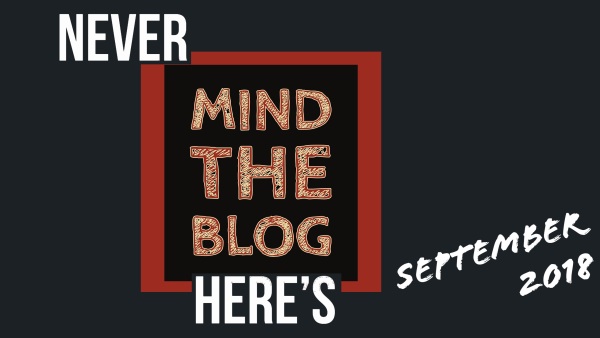 September is a bit of a busy month at the day job, so I’ve made sure that my evenings are filled so I have something to look forward to each day…

On the broader theatrical landscape, there are plenty of things opening this month! In London Eugenius! returns to The Other Palace, Milly Thomas’ Dust transfers to Trafalgar Studios 2, and Foxfinder opens at the Ambassadors. Elsewhere, We’ll Live and Die in These Towns begins previews at Coventry’s Belgrade Theatre, Touching the Void opens at Bristol Old Vic, and Let It Be stops off at the Liverpool Empire.

A few things are closing this month, as usual – including Pressure leaving the Ambassadors, the short run of Love’s Labour’s Lost comes to an end at the Sam Wanamaker Playhouse, Antic Disposition’s Much Ado closes at Gray’s Inn Hall, The Three Musketeers finishes its run at the Actor’s Church (St Paul’s), and The Lieutenant of Inishmore comes to a bloody end at the Noël Coward Theatre. And elsewhere, Alan Bennett’s The Habit of Art closes at York Theatre Royal, and Miss Saigon flies out of Norwich Theatre Royal.

The Pleasance have announced the ‘Caledonian Express‘: a series of transfers from Edinburgh Festival Fringe.

With work being so busy, I decided that it was probably best to mostly have non-review theatre trips booked in this month – too much extra pressure to get things written would be a bad idea! But I have some things already confirmed to review for the blog (with one other show I’m saving a slot for):

I have a few things lined up for BroadwayWorld UK as well, just to provide a bit of variety. You’ll be hearing from me about Heathers, 17c, and the Hogarth’s Progress double bill – plus hopefully Antony & Cleopatra at the National as well…

I’ve got an exciting array of new shows coming up this month: Six at the Arts Theatre; Emilia, The Taming of the Shrew, The Merchant of Venice and Eyam at Shakespeare’s Globe; Sylvia (a few times) at the Old Vic, Wasted at Southwark Playhouse; The Village at Theatre Royal Stratford East; An Adventure at the Bush Theatre.

I’m also returning to Little Shop of Horrors at the Regent’s Park Open Air Theatre (weather permitting…) and Misty at its first preview at Trafalgar Studios.

Mind the Blog is also heading off ‘on tour’ for a brief break, as I’m finally getting to see Sweet Charity at Nottingham Playhouse.

Outside of theatre shows, I’ve got a few other things going on… Sonnet Sunday (the full immersive experience) at Shakespeare’s Globe, plus COMMON: CONVERSATIONS with James Graham & Josie Rourke at the Pleasance – oh, and I’ll be walking a marathon. I’m heading out on the Shine Night Walk towards the end of the month.