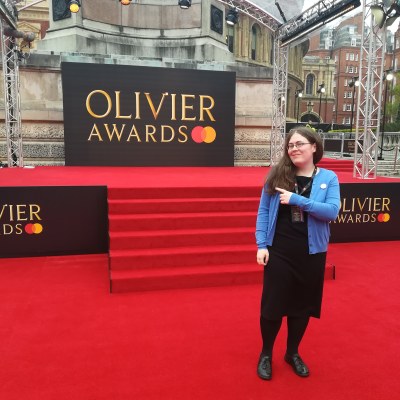 It’s been over a week now, so the dust should have settled a bit on the Olivier Award results. Hopefully you’ve read over my reactions to the musicals winners as part of last week’s #MindTheMusicals, but there’s a lot more to the ceremony than musicals – yes, there are the dance and opera awards that most people tend to ignore (I’ll be continuing that trend, as I have no expertise to offer on either subject), but what I’m talking about are the plays. Despite the fact that they are clearly seen as the default (for example, you simply get Best Actor, not Best Actor in a Play), it’s musicals that do seem to take top billing; why not celebrate each nominee in the Best New Play category by screening trailers or something similar? As Best New Musical nominees quite rightfully get the chance to perform a song from the show, it would even things up a bit.

There are other aspects that also need a bit of a shake-up; wider calls for Best Director to be split into plays & musicals surely need to be listened to – granted, this could then lead to every technical award wanting to be split up but at the moment it does feel like the direction of musicals & plays are more separate disciplines, as quite often directors seem to stick to one or the other. I’ll keep repeating my call for Best Video/Projection Design until someone with some clout picks up on it, as well as a nudge about Best Ensemble, and after some absolutely genius casting calls lately I’m inclined to agree that casting directors should be recognised at these awards.

I’m less convinced that there’s a practical way of recognising understudies at the Oliviers, however, as much as I love & value them. Given that the people on the various judging panels don’t always see every eligible production (or so I’m led to believe), how could they then find time to see shows again just for this award? Even if each show did part of the work and nominated a single one of their covers & swings, that’s still a hell of a lot of extra work to do – if it’s to be done properly. The only thing I can suggest they do is to not have a single award but have each eligible show submit their own understudy of the year, and put a video together so they get a nice little surprise during the ceremony. The WhatsOnStage Awards is probably a better platform for an individual Best Understudy award, as the public vote means a) people are more likely to have seen particular understudies, and b) there’s no particular consistency to try & protect in the voting anyway, as you can’t verify whether voters are theatregoers or simply fans.

Anyway, I’ve gone slightly off topic here… Back to plays! Unfortunately I didn’t end up finding the time to squeeze in the biggest play winner of the night, The Inheritance, as I was intent on doing both parts in one day and the timings just didn’t quite work – especially with Christmas getting in the way. So I have to take everyone’s word for it that it was good! I had really hoped that Misty would sneak an award (it would’ve had a great shot at Best Video Design, just saying…), but it probably didn’t stand a chance against this 7-hour juggernaut.

Where I did get a couple of lovely surprises was in Best Revival and Best Actress. Summer and Smoke was an absolutely breathtaking production – I desperately wanted to see it again, but I had such an intense experience with it that I genuinely didn’t think I could cope with a second viewing. Its win in Best Revival was maybe not the biggest surprise ever, as the four nominees seemed fairly evenly matched, but where I almost lost any semblance of professionalism in the press room was when Patsy Ferran’s name was announced. The whole room erupted, and I had to do my utmost to hold back tears of joy! It was a bit of a shame that Lee Curran missed out on Best Lighting Design, as this was probably the most beautiful & atmospheric I’ve ever seen, but you can’t win them all.

Another thrill for me was seeing Unpolished Theatre take away the single Affiliate Theatre award for Flesh and Bone; this play was one of my top 20 shows of 2018, so obviously a little bit of vindication swept through me as well as feeling very pleased about how all their hard work turned out.

Chris Walley gave one of the great breakout performances last year in The Lieutenant of Inishmore (and is absolutely hilarious in The Young Offenders), so I was really happy to see him take away Best Actor in a Supporting Role – having seen three of the other four nominees I knew there was stiff competition (Keir Charles was particularly brilliant in Quiz). Best Actress in a Supporting Role was a slightly different matter for me, as I’d only seen a couple of the nominees, but Monica Dolan is a wonderful actress so it was rather lovely to see her take away the prize.

Rather ironically, Best New Comedy has become something of a joke category (four eligible productions whittled down to three nominees), but as Home, I’m Darling was just so damn good I’m secretly pleased that it had the chance to win an award – though simultaneously a bit gutted that James Graham didn’t increase his Oliviers haul for Quiz. Best Entertainment & Family is another odd one, with A Monster Calls winning against a pantomime, a play with songs, and a kind of site-specific family show (very pleased for The Wider Earth to get this nod). I’ll be honest here, I only really got emotionally involved with A Monster Calls because I happened to be there when Nandi Bhebhe was on as the mother – to me it just felt really obvious what was going to happen, so I just couldn’t engage. But I recognised its quality, so it does feel fair that it ended up winning something.

Overall I ended up with a 50% strike rate with my predictions for the night, which does suggest it was rather tightly fought and that we did end up with a few (nice) surprises. Although I was on the verge of passing out by the end of the night – seven hours with very little water and no food can do that – I was very glad to be there again, especially as I was much better informed this time around, having seen the majority of the nominated productions. Plus I’m now officially ERA 50:50 badge buddies with Arinzé Kene & Kobna Holdbrook-Smith!