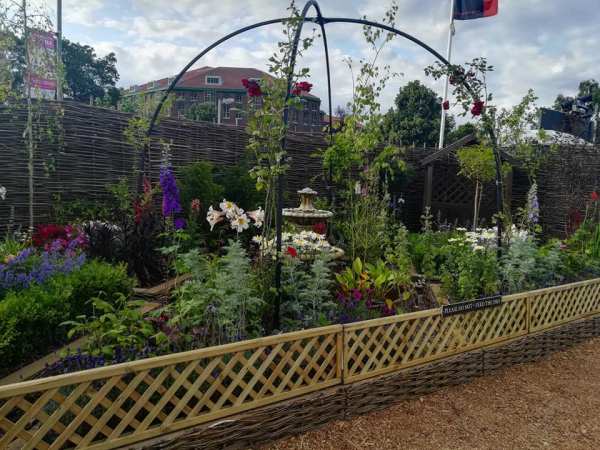 Stratford-upon-Avon and London may be the best known links to Shakespeare, with major theatres in each dedicated to performing his works, but now York is beginning to associate itself with the Bard. Last year a popup replica of the Rose Theatre arrived in York, and it has made its return for a second season this summer – Hamlet, Twelfth Night, Henry V and The Tempest are on the programme this time round.

The theatre was constructed in around three weeks by 30 people, though the planning prior to 2018’s opening season took a year to ensure it adhered to strict regulations. According to the brochure, the theatre is as high as three double-decker buses, weighs 60 tonnes and is 37 metres wide. 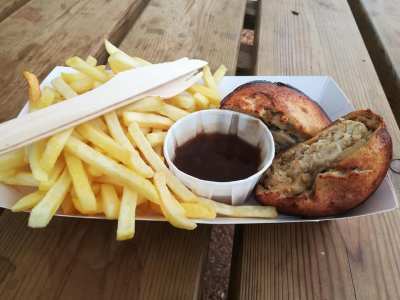 Outside of the theatre itself is ‘Shakespeare’s Village‘, which allows the people of York (and any passers-by) the chance to immerse themselves in the world of Shakespeare – or it serves as a nice pre-show warm-up for anyone going to one of the plays. There are performances from York Shakespeare Project, Mad Alice and The Bards of Calamity, plus a Twelfth Night-inspired knot garden has been created that houses flowers that were popular 400 years ago (some were even mentioned in Shakespeare’s plays).

There’s also the obligatory ‘shoppe‘, as well as a ‘Bear Garden’ to eat and drink (inspired by the Elizabethans’ fondness for bear-baiting); there are several bars and food outlets to choose from, but I couldn’t resist the pull of the Yorkshire Pudding Pie Company! I chose the Chuck & Stuffing – it was absolutely delicious (just the right amount of onion gravy) and the perfect preparation for three hours of groundling fun. All of the food and drink options have been carefully chosen by chef Brian Turner, with the aim of highlighting Yorkshire’s finest offerings. 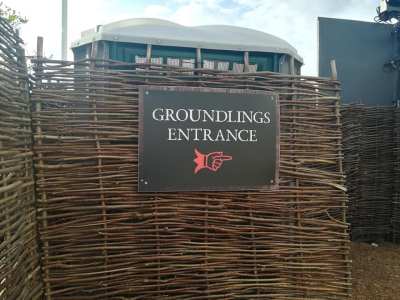 The theatre itself is just wonderful. I’ve had a lot of groundling experience at the Globe in London, but this is so much better; it’s less crowded, your fellow groundlings are considerate and don’t push you around all the time, plus there’s a great little ledge around the stage that you can lean on. I was a bit perplexed when everyone behind those of us stood right at the front suddenly sat down at the beginning of the show and weren’t told off by ushers (it is supposed to be standing only), but unlike the times that people do this at the Globe in the interval they don’t get in the way or use your leg as a back rest, so… It’s three times more expensive for a standing ticket than Shakespeare’s Globe, but you definitely get your money’s worth. If this popup keeps coming back I’ll definitely make a yearly thing of it – and try out the seats at some point too. They’re plastic, so not a re-creation of Elizabethan theatres, but after the Globe’s benches I can say that this definitely isn’t a bad idea! Potentially it may not be too sturdy, but at least your back is supported.

Shakespeare’s Rose has also spread out to Blenheim Palace this year, putting on the 2018 York productions for a brand new audience. I wonder where they’ll end up next..?