Follow Mind the blog on WordPress.com
Posted on October 22, 2019 by Debbie 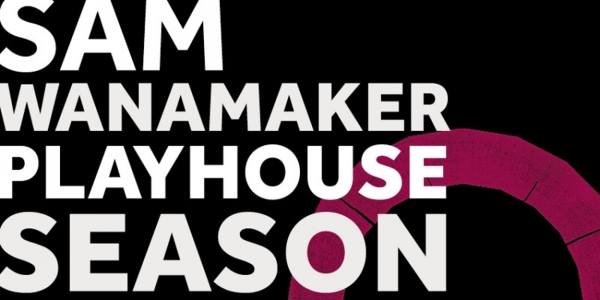 With the summer season over, we now retreat into the cosier confines of the Sam Wanamaker Playhouse for the next winter season at Shakespeare’s Globe: She Wolves and Shrews. As well as several offerings from the Bard, there will also be a contribution from one of his close collaborators, plus a couple of pieces of new writing thrown into the mix for good measure.

“A celebration and interrogation of women, power, and the role of the feminine in shaping our past, present and future.”

There will also be a number of other events scattered across the six months, including perennial favourites Read Not Dead, Half Term Tales and Playing Shakespeare. Things get a bit spooky with Deep Night, Dark Night: Tales from Beyond the Grave, where Victorian ghost stories, true tales of hauntings and Jeanette Winterson’s newly commissioned story will be shared – plus, staying on the literary theme, there will be readings of Virginia Woolf’s A Room of One’s Own and Three Guineas to mark 100 years since the removal of the sex disqualification act (and Nancy Astor becoming the first female MP). The Voices in the Dark series continues with Notes to the Forgotten She Wolves, there will be A Concert for Winter in the Globe Theatre in December, plus a number of other talks and lectures.

When the announcement was made that Shakespeare’s Globe was finally going to get stuck into some histories for the summer, plumping for Henry IV part 1, Henry IV part 2 and Henry V, it seemed likely that the rest would follow in the winter season – and was all but confirmed in the programme notes for the summer productions. There are, however, three parts to Henry VI, so I had a niggling feeling that some condensing might go on… Sometimes I hate being right! As much as I understand it, that doesn’t stop me from being frustrated at not being able to tick all of the Henry VIs off my list properly; even the second series of The Hollow Crown condensed them into two episodes, so I’m being thwarted from every angle (I’m going to have to rely on the RSC to do things ‘properly’, aren’t I?).

It’s one of my absolute favourite periods in history, so it’s an extra shame that they won’t be able to go quite as in-depth as they might have, given three instalments – it’s the height of The Wars of the Roses (or the Cousins’ War) and full of intrigue.

This time round, the Globe Ensemble will see things through from the summer, with players such as Sarah Amankwah, Philip Arditti, Nina Bowers, Jonathan Broadbent, Leaphia Darko, Steffan Donnelly, Colin Hurley, Sophie Russell and Helen Schlesinger continuing their exploration of “our scepter’d isle’. Sean Holmes (A Midsummer Night’s Dream) and Ilinca Radulian will co-direct both this and Richard III. 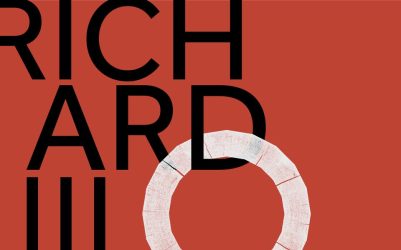 No pressure, Globe Ensemble, but Richard III is one of my absolute favourite Shakespeares… The dark humour is constantly surprising, and the conspiratorial relationship that develops between Richard and the audience is brilliantly conceived – it should be absolutely perfect for the intimacy of the Sam Wanamaker Playhouse, particularly with the addition of candlelight. No specific casting has been confirmed, so I’m going to throw Steffan Donnelly’s name into the mix to play the eponymous king on the strength of his performances in the summer productions.

As well as the seemingly endless string of Macbeths, Richard III is an incredibly apt play to put on right now; an object of ridicule who schemes his way to power and then behaves in a tyrannical manner – remind you of anyone..? Of course this is just Shakespeare’s propaganda, rather than an accurate depiction of the last Plantagenet, but he’s definitely a character for our time. 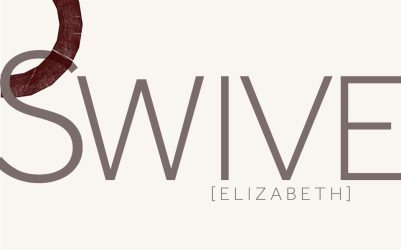 After a summer bereft of new writing, I’m thrilled to see this aspect of Shakespeare’s Globe hasn’t been forgotten after all! The first piece of new writing is from Ella Hickson and will be directed by Natalie Abrahami; Swive focuses on Elizabeth I and how she managed to defy the odds, going against the patriarchy to reign for 45 years. In spite of her political prowess and strength of character, she remained convinced that her power lay in her beauty – and so the play looks into the connection between power, sex, intimacy & desire in the context of a woman looking to take control.

The other new piece of work comes from Sandi & Jenifer Toksvig, following on from their adaptation of Treasure Island at Leicester Haymarket Theatre last year. Christmas at the (Snow) Globe will take audiences back out into the yard, tempting them with the prospect of mulled wine, music & a sprinkle of Christmas magic. Disappointingly, I will have disappeared from London for the holiday by the time it runs, as the mere mention of mulled wine would have me running through the door otherwise.

The Taming of the Shrew has spent a fair amount of time at Shakespeare’s Globe over the past three years, featuring as part of Emma Rice’s inaugural season and making a return last year with Globe on Tour, but it will be interesting to see it in the enclosed space of the Sam Wanamaker Playhouse this time. I did wonder if we might get an all-female version, though the initial casting of Mattia Mariotti (alongside Lila Clements, Melissa Riggall and AD Michelle Terry) has presumably thrown that out. [Disclaimer: Unhelpfully not everyone has pictures up on the Globe site, so I’m basing this on the forename Mattia nearly always being male.]

A gender-reversal is a possibility – especially as it’s apparently playing in rep with Women Beware Women – in which case we all know who’s Petruchio, right? The RSC’s latest production has done that, so it perhaps decreases the odds, though it would be interesting to compare. It’Ths noted quite prominently that director Maria Gaitanidi trained at The Moscow Art Theatre (founded by ‘method acting’ originator Constantin Stanislavski), so this could be a fascinating watch. 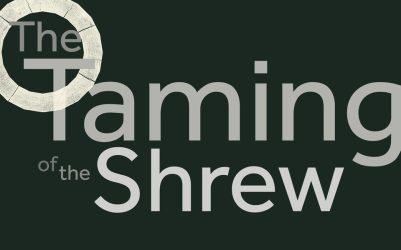 Aside from the Shakespeare plays which some suggest Middleton contributed towards in some way (such as All’s Well That Ends Well and Timon of Athens), I’m pretty sure I’ve never seen any of his work before – so that makes the prospect of Women Beware Women all the more enticing. Just the creative team has been announced so far, including director Amy Hodge and composer James Fortune (whose compositions for Love’s Labour’s Lost in 2018 were fantastic), so it remains to be seen whether it’s truly running in rep with Shrew.

I’m glad to see that more of Shakespeare’s contemporaries are getting full productions, rather than being kept to the Read Not Dead series; obviously Shakespeare’s work is timeless, and there’s a reason why it’s captured our imaginations for centuries, but that doesn’t mean we shouldn’t explore some other playwrights at the same time. 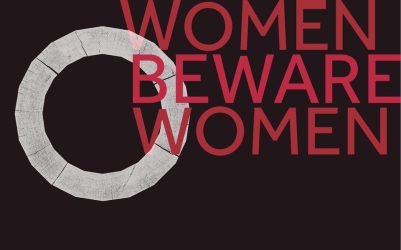 It’s an intriguing-looking season, and I’m rather excited to get stuck into it now. Particularly as I’ve already had to ‘have words with’ someone on the Globe’s Facebook page about how the productions will be cast as he wants something “authentic”: “in period costumes, where male parts are played by men, and female parts are played by women”. Good luck getting that with the 50:50 casting policy! Judging by the overall theme of the season, I’d say he’s going to be disappointed…

And that means I’ll be getting just the kind of theatre that I enjoy! Keep experimenting, and keep telling our stories.