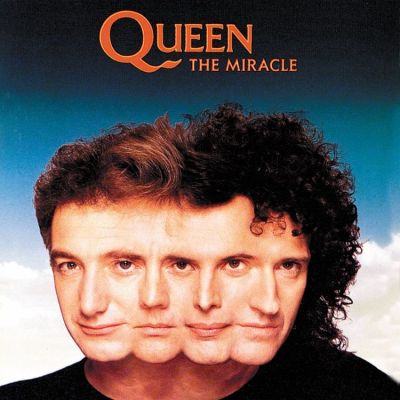 In the years following Live Aid, Queen’s popularity continued to soar – and this was reflected in The Miracle hitting the top 10 in the following countries: #4 in Australia & Spain, #1 in Austria, Netherlands, Germany & Switzerland, #3 in Italy, #2 in New Zealand & Norway, and #6 in Sweden.

Though no longer touring at this stage, Queen maintained their productivity both as a band and through side projects – by the end of the 80s all four members had gone solo or made music with other artists, including Mercury’s famous double act with Spanish opera singer Monserrat Caballé and John Deacon’s lesser-known contribution to the Biggles: Adventures in Time soundtrack.

To highlight where 80s music had found itself by this point in the decade, fellow number one albums around the same time were Jason Donovan’s Ten Good Reasons and Paul McCartney’s Flowers in the Dirt. Acid house music (and accompanying raves) were becoming more popular in the UK in the mid to late 80s, which would later explode into the dance scene of the 90s.

Whilst not every song sounds the same by any means, this is one of the more focused efforts from the band – for me, it’s in similar territory to 1977’s News of the World in this respect, as well as its heavy rock content. Instrumental track Chinese Torture is a fine example of this, as is single release I Want It All (both May). There is still some 80s influence in there, however, as Queen had well & truly adopted synths and incorporated them into their repertoire by this point; Rain Must Fall (Mercury/Deacon), My Baby Does Me (Mercury/Deacon), and single The Invisible Man (Taylor) immediately spring to mind here.

Half of the songs were released as singles (the title track on this very day, in fact), which highlights the record’s strength and also covers for the fact that they were no longer out on the road. To that end, I have two standout album tracks to mention: Khashoggi’s Ship (written by all four band members) and Mercury’s Was It All Worth It. The former follows straight on from album opener Party, and is just under three minutes of brilliant strutting rock (inspired by billionaire Adnan Khashoggi and his yacht, of all things) – and the latter seems to be a rocking reflection of the previous two decades “living, breathing rock ‘n’ roll”, a real fan favourite.

Though I am attributing individual songwriters to some of these tracks, officially they are all ‘Queen’ compositions; throughout their career they had worked collaboratively on a lot of their songs, but individual credit ended up being given to whoever had brought in the idea or contributed the most. This isn’t an unusual state of affairs, but when you consider that Taylor’s I’m In Love With My Car ended up as the B-side to monster hit Bohemian Rhapsody in 1975, you can sense that this is an area that would have caused tension within the group – for the songwriting royalties, as much as anything! So from 1989 on, they were rewarded equally as all collaboration was recognised.