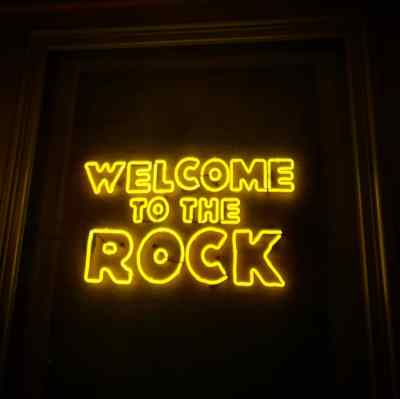 Whilst I didn’t see as many shows as last year, I don’t think I had quite such a good run of shows in 2018 as I have this year – so making this list was no mean feat. As usual, there were some which were ineligible for the list as I’d seen them last year; Wise Children continued its tour (where I was lucky enough to be invited to get a photo with some of the cast after my final viewing), and Emilia headed to the West End – though it had changed a little from its Globe run, I can’t make exceptions.

We Will Rock You didn’t quite make the list (that might’ve been a slightly controversial inclusion!), and I also couldn’t quite squeeze in A Very Expensive Poison, Death of a Salesman, or What Girls Are Made Of – even with my usual top 12…

The list is in an order, but it was nigh on impossible to get them in the right one (I ended up switching them around several times), so don’t worry too much about it.

A very recent one, but I just couldn’t help including it. I wasn’t as blown away as I’d anticipated by the Almeida’s production earlier in the year, but Inua Ellams’ Nigerian setting (around the time of the civil war following independence in the 1960s) just made complete sense, and ensured that there was a decent injection of humour in the early stages. The 90-minute run-up to the interval flew by and I was completely engrossed – plus the vocal reactions from the audience made the experience complete.

Whenever Theatre Re announce a new show I can never wait to get the chance to see it. And this year I managed to fit it into my Edinburgh schedule, so I didn’t need to wait until they toured it! Yet another emotional production, full of inventive choreography & movement, as well as a beautiful score.

For whatever reason, 2019 was the summer of Dreams; I enjoyed the productions at Shakespeare’s Globe and Regent’s Park Open Air Theatre, but it was Nicholas Hytner’s at the Bridge Theatre that really spoke to me. A definite rival for Emma Rice’s 2016 masterpiece that had me crying with laughter almost all the way through – the switch of roles between Oberon and Titania was absolute genius, and Pyramus & Thisbe very nearly killed me!

9 – Thrill Me: The Leopold & Loeb Story, The Hope Theatre

A perfect example of just how good fringe theatre can be; every single aspect of this show was spot on, and they all combined to make something truly memorable. The set design (Rachael Ryan) transformed the whole room into a 1920s detectives office, dark & creepy – ideal for the story. Bart Lambert and Jack Reitman were absolutely mesmerising in the title roles.

I went into this completely blind, having never read the book nor seen the film before, but ended up really enjoying it. The cast was superb, and I loved the new theatre (it wasn’t as difficult to reach as I had feared!) – plus the show itself had catchy rock numbers and (for once) a half-decent book. Yes, Rob (the lead) was a bit of a dick and Laura should have left well alone, but that wasn’t enough to stop me from appreciating the show.

7 – Come From Away, Phoenix Theatre

This was definitely one of my most anticipated shows of the year, particularly after such a lovely launch event at Canada House back in Autumn 2018. The score is absolutely wonderful, and the show itself is every bit as witty, warm & moving as you might expect – it’s a definite feel-good affair that gives you a little bit of hope for humanity.

6 – Amélie, Watermill Theatre + The Other Palace

Thankfully the UK production adjusted the music so it was more reminiscent of its French origins – the Broadway cast recording was incredibly bland and far too generic for me. And, as it originated at the Watermill, it also became an actor-musician production; despite that theatre being targeted almost solely at car owners (some of the walk was rather treacherous), I’m glad I snuck in to see it there, and I’m thrilled that it got a London residency over Christmas. Audrey Brisson is utter perfection, and I was incredibly chuffed to see 946‘s Chris Jared on stage once again. Now, UK cast recording please!

I shall definitely be trying to visit the New Diorama regularly from now on (reinforced by my trip to see Joan of Leeds before Christmas)… SpitLip’s new musical, based on the unbelievable true story from World War Two, was one of the most original shows of 2019 – and undoubtedly one of the funniest. It is rare to see a fringe musical quite so fully formed and well developed at this early stage in its life; I can’t wait to see how it’s come along when it heads to Southwark Playhouse next year.

The whole Pinter at the Pinter series was a real highlight of 2018-19 for me, and it got better & better with each collection; I was definitely tempted to include Pinter 6 as well, but in the end it came down to the final two short plays prior to Betrayal. Gemma Whelan and John Heffernan skilfully brought a radio play to life in front of our eyes in A Slight Ache, but it’s The Dumb Waiter that was my favourite of the two – Danny Dyer returning to perform one of his old mentor’s works, and reuniting with Martin Freeman in this brilliant, darkly comic play. A privilege to witness.

I’ve not always got on with Noël Coward’s work, but the combination of Matthew Warchus and Andrew Scott was too tempting to resist. Full-on comedy from the word go, it’s definitely my favourite Coward so far – the title of the play was rather apt! Gorgeous design from Rob Howell, with the period-themed set and several glorious dressing gowns, and some great supporting performances from the likes of Luke Thallon, Sophie Thompson and Indira Varma got it off to a good start – but it was Andrew Scott who, quite rightly, stole the show. It was an incredibly memorable performance, showing off his comedic skills to a tee.

I didn’t really know what to expect with this one. I was excited to see David Hunter back at the Adelphi, after not seeing him as Charlie in Kinky Boots anywhere near as much as I should have, and I also looked forward to seeing Smash‘s Katharine McPhee in the lead role. But I never expected to fall immediately in love with it! The emotional ride and overwhelming joy I felt by the end meant I ended up seeing the show seven times this year – and I’m already booked in for my eighth visit early in 2020… Marketing-wise, the show has had a bit of a shocker, but that hasn’t affected my feelings about it – plus the revolving cast door gave me the welcome surprise of a brilliant performance from vlogger & Strictly finalist Joe Sugg. I’m glad that it’ll be around in London (and then the UK) for quite some time to come, as it’s definitely a happy place for me.

Ordinarily I’m quite wary of standing around in a crowd for 2-3 hours – I’ve even been put off the yard at Shakespeare’s Globe as the groundlings seem to get ruder and more inconsiderate every time I’m there. However, the press night at a Kneehigh show means plenty of familiar faces surrounding me (as well as performing), which set me at ease early on – plus I was really looking forward to just letting go for the evening. No individual karaoke (I had been a bit worried about that prospect), just singing along to some brilliant songs with the help of lyrics popping up on the screens; the only time I simply couldn’t sing along was when Katy Owen launched into Anarchy in the UK, as I was actually crying with laughter as soon as I recognised the guitar intro. It’s hugely cathartic and heaps of fun – just a fantastic night out!