At time of writing, theatres have been closed for over 100 days. It’s taken only until very recently for the government to even acknowledge there’s a problem, and all they really seemed to do was pay lip service to the industry rather than attempt to tackle it in a more practical way. Instead, theatres have had to rely on the goodwill of patrons (who are able to afford it) to provide donations, mostly in return for online streaming of past productions; when you consider that massive institutions such as the National Theatre and Shakespeare’s Globe were finding themselves in trouble quite early on, it’s clear that smaller theatres and those based outside of London would be at high risk. Though people in the arts are stereotyped as being overly dramatic, these warnings are far from hysterical but have nevertheless fallen on deaf ears.

Don’t be fooled by this.

Basically, anyone who has a couple of brain cells to rub together could have come up with this list – it makes perfect sense in theory, yet is no help to struggling theatres. What they need is money. Why is the government so unwilling to shell out? Or have they just had their fingers in their ears saying “La la la, I can’t hear you” all this time?

A good seat at a prestigious production is exactly the kind of status symbol that would likely appeal to both Tory MPs and their core voting demographic, yet showing any kind of meaningful support to the performing arts is seen as frivolous and unnecessary. Though entertainment isn’t vital in terms of physical survival, it is incredibly important to our mental wellbeing – people’s past-times during this crisis speak for themselves. For anyone isolating alone the wealth of streaming platforms and online theatre screenings have been company, and for everyone the world over these things have been surefire ways of staving off boredom. There are also countless people employed by the entertainment industry (from performers themselves to crew members, FOH staff & admin teams) who will be left out in the cold if the whole thing implodes; I know a moral argument is unlikely to appeal to a Tory government, but it’s worth stating for those of us who aren’t heartless.

If they can spend £900,000 to repaint a plane when they could’ve just commandeered one from British Airways, they can pump some money into the arts.

I stumbled upon this thread from writer Hannah Khalil that eloquently lays things out in terms that you’d think the Tories could understand: the arts in this country are highly profitable and excellent value for money.

As I mentioned when advocating for Shakespeare’s Globe a few weeks ago, theatre plays a massive part in education – whether through its own schemes, courses & online resources, or simply by producing plays that are relevant to the National Curriculum. Though UK theatre is far from perfect, it is still a terrific pull for tourists; some people will come here specifically to see shows and thus boost other areas of the economy while they’re here, and others will add a theatre trip in between other touristy things thus boosting theatre income.

When the government announced a few days ago that theatres could reopen on 4 July but not put on performances there was a collective rolling of eyes from anyone remotely interested in the performing arts. Though I like the idea that some have put forward that theatres could open their bars to the public (as pubs will be opening at the same time), I’ve seen others say that there wasn’t a financially viable way of doing that – it’s a shame, as it would at least employ some people and maybe take some strain off the pubs, as well as give theatres a chance to sell their merchandise as well, but there is no point in pissing even more money away while financial support isn’t forthcoming. 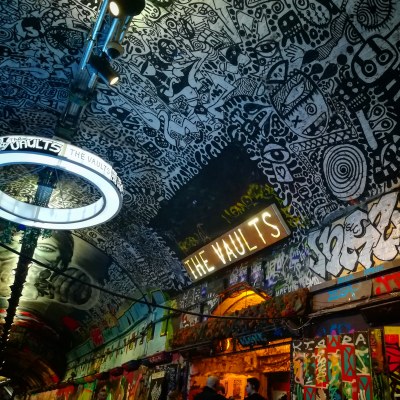 Unlike some people who are shouting “I don’t care that pubs are opening – I want theatre!” and complaining that sport is back but theatre isn’t (it’s behind closed doors, idiots), I would not be comfortable in a theatre for the foreseeable (I’ve not been on public transport since 18 March, and I don’t tend to go out that much during the week) so all I’m asking for is the cash injection that will allow them to keep their staff, work out the practical steps that are best for them, and just generally take their time. If more places can come up with some live broadcasts from the theatres in the meantime – just as a short-term, transitional thing – then that would be very welcome, or if more archival/NT Live footage can be streamed (but on a pay-per-view basis) that would also go down very well.

I’m sure that it is true that performers (be they actors, dancers, singers, etc.) just want to be able to perform again – a daily browse through Twitter is reasonable confirmation of that – but if there aren’t safe ways of doing it then additional support will be required, on top of what’s already needed. If Oliver Dowden really does have “great affection for the Edinburgh Festival” then he should understand the importance of performing arts and how precarious it all is at the best of times; whether he had any experience of this when he took a show up there in his “younger years” I wouldn’t know, but at the very least it should have opened his eyes to other people’s experiences.

At least he seems to have learnt from his decision to allow the Cheltenham Festival to go ahead (it ended merely 10 days before ‘lockdown’), though with no sense of timing included in this ‘roadmap’ the idea of a wealth of outdoor performances could be a fool’s errand – he has seen British weather, right? I have attended outdoor events where I’ve been rained on and in the freezing cold (sometimes both at once) and it’s not fun. The drive-in ideas, whilst fun, exclude people without cars and obviously encourage driving (climate change is still a thing, guys).

The news about Theatre Royal Plymouth hit hard; I’m from the South West, an area that is bereft of performing arts access – the Brewhouse Theatre in Taunton has only just clawed itself back after a period of closure, and anyone based out in more rural areas is reliant on cultural hubs in cities & larger towns. Why do you think I moved to London? If some of my favourite spaces in the capital ended up going the same way then I’m not sure what I would do. I may not be in any hurry to return just yet (asthma card, plus hiding my emotional response behind a mask is not something I’m keen on) – and I reckon a lot of people saying they’d be there for theatre’s first day back are all mouth & no trousers – but they need to be looked after.

One thing I do know for certain is that if the Globe survives this, there is no way Boris Johnson can be allowed anywhere near it. I have shouted, cursed & screamed at many things he’s said in his press briefings, but this one took the fucking piss. You will provide assistance to theatres and then leave them in peace – you are not welcome. Or, in the words of Shakespeare, “Away! Thou’rt poison to my blood” (Cymbeline, Act 1 Scene 1).

2 thoughts on “Road to nowhere”