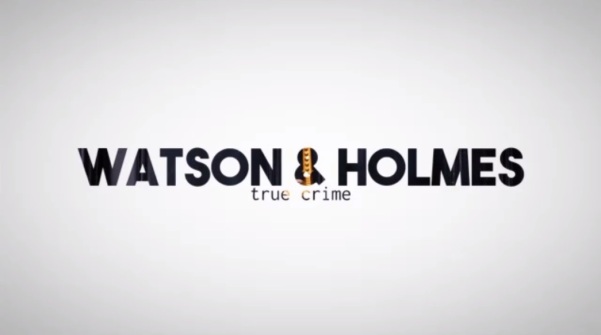 “The game is afoot!” Thanks to online theatre company CtrlAltRepeat, intrepid Special Investigators are given the chance to don their detective hats and join the infamous Sherlock Holmes & Dr John Watson in their new case. Though initially we are only there as fans of the Watson & Holmes podcast, with Watson poised to run a webinar that will give us the inside track on their methods, we are quickly thrown headlong into Sherlock’s latest mystery.

The Case of the Symmetric Mailshot revolves around mysterious tech company Obsidian Industries and questionable government minister Stephanie Wigston-Moss. It’s a completely new story, written especially for Zoom by the cast (from a story by company member Sid Phoenix), but bears all the hallmarks of the classic Arthur Conan Doyle tales – fans of Sherlock Holmes will not be disappointed. With it being a completely original story, rather than a modern-day adaptation of an existing story, every audience member is in the same position; all the twists & turns come as genuine surprises – the only recognisable elements being well-known characters such as Lestrade and Mrs Hudson.

Not that you’d be hampered if you didn’t recognise some of the characters (though I’m taking it as a given that Holmes & Watson are familiar names to most people in the world), as everyone is introduced very naturally and without stalling the progress of the show. Each actor is totally committed to their role, so you are immediately engaged with the world in which you find yourself.

They cope extremely well with the potential pitfalls of Zoom, such as delays & people inadvertently talking over one another – and also do a fantastic job in terms of the immersive nature of the show. If you don’t want to participate too much they take the hint, and you are only very rarely picked on; it’s immediately apparent which audience members are keen on getting their hands dirty, and their enthusiasm helps to carry the show along. The fact that you can join as a group – and know that you won’t get split up (as can happen in traditional immersive theatre) – is an extra boon, and an incentive to have some fun with it.

Having seen several different styles of Zoom theatre over the past few months (from The Show Must Go Online‘s YouTube livestream to the Old Vic’s staging of Lungs), as well as using it to run webinars as part of my day job, it seemed to me that it is perfectly suited to immersive performances. The use of breakout rooms to split into groups and interrogate different suspects was a new one on me – a perfect replica of what you’d usually expect – as was the sharing of documents through the chat. Providing links to websites created especially for the show also adds another layer of immersiveness, as you can hunt for clues in a way that feels more akin to real life. Even if you choose to take more of a back seat you still feel involved in the progress of the case.

It’s an exceptional experience from start to finish, gamely led by James Dillon as Watson and featuring some excellent comic interjections from Edward Cartwright as Sherlock & David Alwyn as Lestrade. Mrs Hudson (Rachel Waring) holds things together in the chat – as you might expect! Overall, it’s a really enjoyable thing to be a part of – don’t be put off if you’re the more reserved type (like me), as you quickly feel at ease and get sucked into the story. Just remember a pen & notepad and you’ll be fine! 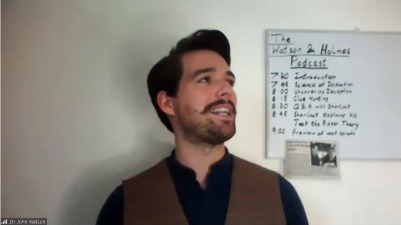 My verdict? A brilliant immersive experience that makes the most of all Zoom has to offer – the story keeps you interested from beginning to end.

Sherlock Holmes and the Case of the Symmetric Mailshot runs on Zoom until 18 July 2020. Tickets are available online – best experienced on a desktop/laptop computer.