I’ve ummed and ahhed over doing this sort of post, but (now the end of January is in sight) I’ve finally decided that I might as well follow up my ‘favourite things‘ post with a bit of a round-up – and some kind of look forward.

One thing that I did manage was to get my reviewing load under some sort of control; even pre-pandemic I had been powering down slightly, as I really was starting to get tired of it – the pressure of getting the reviews out in a timely manner is not ideal when you’re in full-time work and have to be up at around 6am five days a week, plus anxiety stemming from fellow audience members or the journey home were making me want to actively avoid theatres wherever possible. And once things started to move online the obligation to respond to all PR emails completely disappeared. There are some I will endeavour to always keep in touch with, but there are only so many I can manage – and I don’t feel guilty about that anymore!

In the ~10 weeks theatres were fully open at the beginning of the year, I managed to see 33 different shows and 38 in total – plus An Evening with Vic & Bob and Firedance, which don’t neatly fit into my theatre category. As restrictions tightened again at the end of the year, I ended up only seeing one show during the pandemic – but Before 30 was an ideal one to revisit at that point. 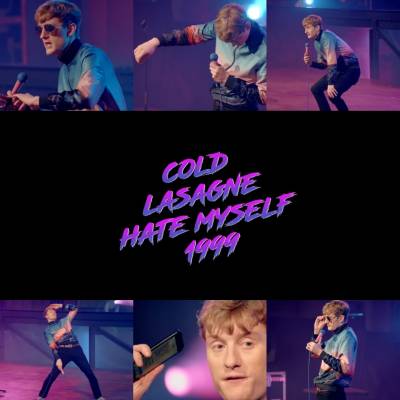 While we’re talking numbers, I also managed nine cinema visits (one repeat viewing: The Personal History of David Copperfield) as well as a rare NT Live trip for Cyrano de Bergerac – it doesn’t quite count as either cinema or theatre, so I’m marking it as a standalone event. I also managed four gigs (Stereophonics in Nottingham was The Best Gig Ever™), and four talks on various subjects (from Shakespeare to Brexit); I should also mention three film-centric Q&As that took place after screenings of The Personal History of David Copperfield, Misbehaviour & Don’t Let The Devil Take Another Day.

Then we come to the bulk of the year: online. Lumping in new productions (live or recorded) with streams of archive/NT Live footage, I estimate I saw 107 different shows (repeat viewings taking that to 114 – plus a variety of gigs, comedy, film screenings, talks… I was pretty much as busy as ever, but not having to dart around London (or the rest of the UK) took the really tiring part out of it; watching things from the comfort of my bedroom definitely dialled down the stress, apart from when our godawful internet decided to mess with me.

There were only a handful of things I was really gutted about missing out on: the Olivier Awards red carpet & press room at the Royal Albert Hall, Queen + Adam Lambert at the O2, and the chance to properly illuminate my Lighting 2020 page. I’ll definitely keep the latter on hold until I can commit to it a bit more. I actually didn’t have too many shows booked that had to get cancelled/postponed, but I am still waiting to hear whether any decisions will be made about Operation Mincemeat at Southwark Playhouse, Hamlet at the Young Vic, and 4000 Miles at the Old Vic… I’m also rather surprised to look back and see that I did tick off five shows on my ‘already booked’ list – though unsurprisingly I didn’t manage any of my theatre resolutions for the year.

I have got some rearrangements in my calendar for this year, plus I started booking the odd non-theatre thing – a couple of gigs (Travis in May is looking perilous, Blondie in November perhaps more doable) and a few Tailenders shows in October (two months after a day of Test cricket at Trent Bridge). For the foreseeable I’ll be focusing on whatever I can get online; obviously Lazarus has come & gone, but TSMGO already has Pericles lined up (plus I need to catch up on my write-ups at some point), and plenty of other venues & companies have embraced the digital theatre way, so there’s bound to be something.

I’d definitely like to keep up the challenge week tradition – if I can get my motivation going, a musicals edition may arrive sooner than you expect, plus I have some great ideas for both #MindTheBard and #MindTheBand. Keeping them as surprises though, so I can provide some miniscule injections of excitement over the coming months.

What I am trying to make a bit more time for is reading; I’ve started well this year (I’m 10 books into my target of 50), and would like to give book reviewing another go at some point. Writing about music is something else I’m interested in, especially after my classic albums series during #MindTheBand week – plus I’m still going strong with the whole #TimsTwitterListeningParty thing.

As before, I won’t necessarily be rushing back into theatres if they are allowed to open on a restricted basis again – I’d rather wait until open air performances can go ahead, and perhaps frequent any cinemas that open instead. I’m not as desperate as some to return to the discomfort of most theatres, so I’ll happily sit back and let them be the guinea pigs! I wouldn’t want to deprive anyone who really wants to be there. My days are so filled with cricket at the moment that I probably wouldn’t be able to squeeze real-life theatre into my schedule anyway!

Perhaps everyone should keep their fingers crossed for a bit, as a winter lockdown & shit-for-brains government can’t help but make you feel pessimistic about the future of the arts – both in the short- and long-term. In the meantime, just enjoy the digital theatre that’s on offer and make the most of the spare time to fit in the things that normally get neglected.